A Redflex employee hard at work in the company's North Phoenix processing office. (All tickets are reviewed by multiple "Homers," a derogatory phrase used by corporate managers to refer to the paper processors who usually make little money.)

Ticketing and surveillance giants Redflex and American Traffic Solutions are doubling down on their favorite methods of revenue generation: fraudulent business practices, blatant incompetency, and lawsuits.

Beleaguered Redflex is so incompetent that the company mailed out 500 red light camera tickets… to people accused by the machines of speeding:

Michael Evans got the surprise in the mail that no one wants, a ticket for running a red light in Sioux City.

When he looked at the video of his offense he was confused to say the least, because his pickup is clearly on the interstate.

He alerted the police about the mistake, and they sent out a letter of apology to about 500 people who also received the wrong type of ticket, but along with the apology came new tickets for speeding violations.

Town dunce and Sioux City Police’s Cpt. Melvin William was quick to defend the “theft-by-shiny-badge” scheme, presumably at the request of his new private-camera-contractor overlords:

…Except for the whole “accusing 500 people of the wrong crime” thing. 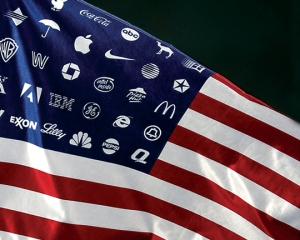 Taking the “American way of justice” further down the shitcan is American Traffic Solutions in Houston. ATS is angry that citizens voted the cameras out, so the company is blatantly engaging in frivolous lawsuits in an effort to block the will of the “voters:”

The ruling was a major victory for the legal strategy of ATS General Counsel George Hittner, who worked with the Houston city attorney to create a lawsuit in which city officials, who want the cameras back, sued ATS, which also wants the cameras back. The case was not filed in state court, which would be the proper venue. Instead, Hittner had the case filed in the federal courthouse where his father happens to serve.

“…Spokane County Superior Court Judge Jerome Leveque ruled three tickets issued in Spokane using cameras to detect those running red lights were invalid because the electronic signature on the tickets was generated out of state.”

Happy Phony Forth of July from CameraFRAUD. Because the USA is where your ability to serve as a milking cow to the state and its corporate allies is patriotic job number one. Now get back to work, slave!