The CameraFRAUD meetup group was mentioned in this piece by Time Magazine’s “Moneyland.” 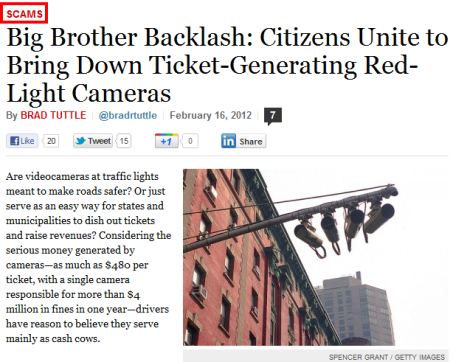 With bills like SCR 1029 making their way through state legislatures in Arizona, Iowa, Colorado and Florida to name a few in 2012, the citizen backlash is being felt by politicians everywhere on the state level.

The question is, are they listening?

Has American Traffic Solutions sunk to a new low?

Thanks to WSVN Miami-Ft Lauderdale for the story

That might not be possible, but another lie they frequently tell the public has been exposed.

“Every ticket is reviewed by an officer,” ATS execs and PR folk are constantly parroting. It’s hard to believe that’s the case given the volume of the fraud letters masquerading as traffic tickets they send out.

Vote on L.A. Red Light Cameras By City Council is “Likely” on Friday

UPDATE: After testimony, mostly by ATS employees, including Charley Territo and CEO James Tuton, LA City Council decided to delay even voting on the “suggestive measure” until Tuesday.

American Traffic Solutions is clinging to life in Los Angeles for another 48 hours, but the likelihood of them surviving the month of June is extremely low.

Two council members have been persuaded by an ATS lobbyist to introduce a motion to continue the red light camera scam on a monthly basis while a “safety analysis” is conducted. 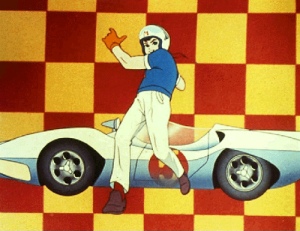 Not only are speed camera vendors operating one of the most wide-reaching scams across the world, but they’re also endangering employees and motorists with their negligence.

A man who has a medical condition which requires him to take heavy medication, but still works 12 hour shifts as a speed cam operator, reportedly got behind the wheel in a completely dazed state and proceeded to drive double the speed limit, SEVERAL times. 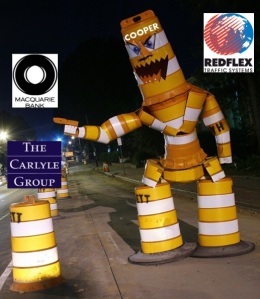 Chris Cooper, former chairman of Redflex Traffic Systems didn’t mince words when talking about the rejection of a $305 Million bid from The Carlyle Group and Macquarie Bank to buy the company, which had been raised to $2.75/share on Friday.

Will Redflex Begin Seizing Vehicles in Albuquerque Next?

Earlier this week, news came out that Redflex and Las Cruces, NM PD will begin stealing cars as ransom for red light camera fines. The excuse they’re using is that there are too many unpaid tickets and now they’re losing money.

Redflex, ATS to be ousted from Arizona roads with SB1352

After much anticipation, the Photo Radar Prohibition bill (SB1352) is now available online for viewing. Introduced by AZ State Senator Frank Antenori, it is an all out ban on the photo ticketing scam in Arizona.

In the past few days, many cosponsors have stepped forward to sign SB1352, giving it widespread support.

Call, e-mail and fax your legislators to let them know you’re fully in favor of banning the scameras in AZ.

Lookup for your own State Rep here.

Great example letter you can cut and paste or reword here

Beaverton, OR braces for $400 right on red scam tickets

Beaverton is about to become a lot less friendly, and less safe to drive in for that matter. Redflex cameras, which usually cause erratic driving and increased collisions, will start ticketing drivers who turn right on red in that town. 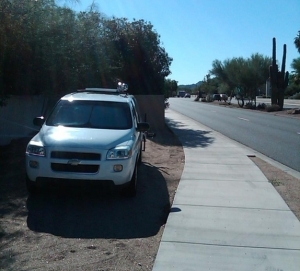 “Scariest Speed Camera of All” coming to Phoenix?

Actually, they’re already here because with the flip of a switch, the city of Phoenix can begin ticketing you for just about anything caught on Redflex intersection scameras and with speed camera vans.

The Daily Mail, a newspaper out of the UK is reporting on a camera that can ticket drivers across the pond for alleged unpaid taxes, insurance, unfastened seat belts, or even tailgating!

Page 29 of the Phoenix contract with Redflex has the provision for just this sort of abuse of technology. How soon before our checking accounts and credit cards are charged automatically after each “offense?”

More from The Daily Mail.

Courtesy of The Daily Mail UK