Nobody knows more about the photo 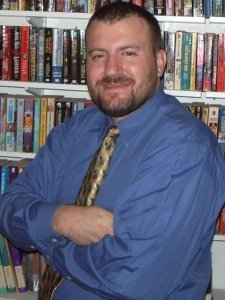 ticketing court proceedings in Arizona from an attorney perspective than Michael Kielsky. He has been fighting this unfair scam day in and day out for two years.

The revelation? Widespread, illegal certificates of service, admittedly completed by office workers instead of the actual server.

Just got back from court with another Photo Radar case win — but how I won “shocked” even me.

I then asked if he had notes from the day of service, which he confirmed, and I asked if I could see them. I compared his notes to the certificate of service, and saw that some of the demographic specifics were off (the height was 5″ off, the age was specific instead of the range in the notes, the weight was off by 5 lbs.).

I then asked him about the differences (in that, more than anything else, the height seemed significant).

He answered that he sends his notes in to the process service office, and then someone there fills out the certificate of service with all the details, and adds a digitized image of his signature, and the files it.

My jaw hit the desk. I asked him to confirm that the certificate was completed from his notes, and that he did not review it before it was signed, under penalty of perjury, with his digitized signature, and he confirmed, and said that’s the way they always do it, in 10’s of thousands of cases.

I argued to the judge that I had no issue with the digitized signature, but that the certificate of service was void, as it was completed and signed without his review, and it did not accurately reflect his own notes regarding the service.

The judge questioned the process server some more about this process, and, among other things, he admitted, that, well yes, for eviction service, that’s not how they do it, but for photo radar they do.

UPDATE: The FBI is the agency assigned to investigate public and judicial fraud. Their contact information is as follows. We encourage any reader who feels they may be a victim of false service to immediately file a report.