Redflex in Shambles: Karen Finley Flees Along with 2 Other Top Execs

Arizona, this one’s for you.

More fallout from the Redflex (we’re too corrupt for) Chicago Scandal. This time investors and bought politicians should be running for cover, deep cover. That being said…..

You have refused to do anything about a system that was too corrupt for Chicago and for that you will pay dearly. Yes, THAT Chicago – the one whose mayor is Rahm Emanuel.

Members of the Arizona Republican Party, like Rep Karen Fann for example, have been given opportunities to ban Redflex and their scamera boxes from the roadways of Arizona, multiple times. Your party platform specifically states you are to oppose photo radar.

However, when given legislation (SB 1352, SCR 1029, HB 2579) or a wildly popular initiative that would get rid of Redflex and their unconstitutional system of phoney baloney ticketing, all we hear are excuses. It’s deafening and you should be ashamed of yourselves.

For the democrats who claim to give a rip about civil liberties – your defense of photo radar makes you a complete joke.

The game is ending and so is your career. Deal with it.

Speaking of people whose career is over with, Karen Finley, Redflex CEO aka the Wicked Witch of the West is done, fired, adios.

Gone with her are two other top executives, the CFO and top attorney (General Counsel). The Redflex Death Watch is currently entering it’s 4th week and we’re on the third halt of trading their stock. It will resume trading on Tuesday in Australia and so far the predictions are not good.

This house of cards has been swaying violently ever since Janet Napolitano installed their ring of spy cameras across Arizona highways only to skip town and head to D.C. The Redflex Chicago Scandal (yet to be named) will end the company as we know it. Investor confidence is shattered and will likely result in a sale with a measly sum compared to the 2011 bid by the Carlyle Group and Macquarie.

They should have done the deal and now they’re out of luck.

“Out of luck” is the best that any politician in Arizona who has defended photo radar or taken money from Redflex and their lobbyists can hope for. Behind bars is another scenario.

Some advice to Reps Karen Fann, Sonny Borrelli, Victoria Steele and Juan Escamilla – you’d better give any money back you took from the Redflex Gangsters and vote YES on the “Photo Radar Prohibition” bill when it goes to a floor vote in the AZ House. If this company and their kind is too corrupt for Chicago, think about what’s about to happen in Arizona.

This is just getting started. The cameras are coming down! 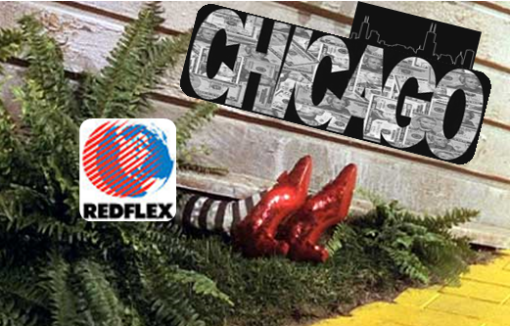 Who knew it would be Chicago that finally crushed Redflex?

Far be it for a driving politics website like this one to make a judgment call on investing, especially in foreign trades.

However, it’s easy to spot a company who’s panicking as they’re usually the ones running around with their pants on fire.

From the “we swear this is standard procedure file,” Redflex Traffic Systems has been forced to announce a request for a trading halt on the ASX (Australian) where shares of Redflex Holdings, Inc are exchanged. [Announcement]

This is the second time this month Redflex has requested such a halt ahead of big news about the results of ongoing investigations into the company’s business dealings.

Since the February 6th announcement, shares of ASX:RDF are down 33%. Another such drop would place them well below $1.00 (AUS) per share, which would be near 10 year lows for the stock.

The company making the same move twice in the same month, along with all the other bad news out of Chicago spells trouble for Redflex, all over the globe. 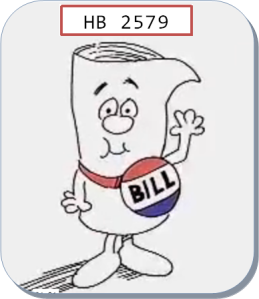 This is just a friendly reminder to all you enthusiasts of safe roads, rule of law and equal protection of said laws in Arizona.

The bill to ban the dangerous red light and photo radar cameras still littering the streets and intersections of multiple cities in Arizona gets its first vote of 2013 on Thursday.

Legislature foisted this system upon the motorists of our state and now it’s time for them to end it.

An excellent example of what your legislators want to hear was sent to us yesterday [link].

You can copy/paste their emails from the list below. Your fellow Arizona motorists thank you!

There has been a lot of whining down at the state capitol in the last two weeks as anti-photo radar/red light camera activists have applied serious pressure on legislators to cosponsor and support HB 2579.

They’ve used every excuse in the book and here are some highlights:

“I don’t cosponsor any bills, that’s just my policy.”

“It doesn’t matter if a bill has cosponsors and you should leave it up to the bill sponsor to contact them.”

“If I cosponsor this bill, another legislator who doesn’t like me might kill the bill to even the score.”

“I really wanted to cosponsor, but I just couldn’t find the time to go over and sign my name on it before it was filed.”

“You’ve missed some (arbitrary or made up) deadline and I’m no longer allowed to sign on.”

“All the phone calls and emails are a turn off and you should really back off before you upset your reps and they vote against your bill.”

These are what we call excuses and poor ones at that.

The real deal is that your legislature is mostly bought and paid for by photo ticket money that funds their campaigns.

The Redflex scandal in Chicago isn’t going away, any time soon. Politicians who may or may not be in bed with the camera vendor in other cities and states may claim that Chicago’s corruption doesn’t apply elsewhere.

Anyone using this excuse is either lying, ignorant or both.

Let’s take the entire state of Arizona as an example. More than 10 municipalities, such as Phoenix, Scottsdale, Paradise Valley, Tucson, Chandler, Prescott Valley, Surprise, etc still use a combination of speed or red light cameras. Despite the fact that photo tickets sent by mail are not legally binding in Arizona, millions of dollars in fines are still collected.

10% of that money goes into a fund ironically called “clean elections,” which provides public funding to political campaigns, like members of the Arizona Senate and House of Representatives. These folks, not coincidentally, are responsible for allowing photo radar and red light cameras to litter the roads and scam Arizona motorists.

What’s also NOT a coincidence is that 80% of candidates for Arizona Legislature use “clean” election money to fund their campaigns. If you connect the dots, that means that Redflex and American Traffic Solutions fund their operation and basically own them. If a bill (currently HB 2579) to ban them passes, most of that clean election money will instantly vanish. The political gravy train would stop dead in its tracks and there would be quite a few state senators and reps scrambling to find a way to fund re-election in 2014.

Those are the hard facts and they’re undeniable. Chicago-style corruption with backdoor payola is still likely to be going on, but the scheme in Arizona is right there in plain sight.

From the CameraFRAUD meetup group:

There’s no way to tell which order the chairman (Karen Fann) will schedule it, but the info is available here – [link]

This bill would make using ANY unmanned devices to issue traffic citations and fines illegal in the state of Arizona. That would mean all of Redflex and ATS’s scameras would come down and be shipped out to another state that still puts up with this unconstitutional racketeering.The best way you as an individual can help would be to swing by the House of Reps building at 1700 W Washington in Phoenix, sign into their system and register as a supporter of this bill. We understand that many of you couldn’t fit that into your schedules, so there’s another option…

The next best thing you could do is send a friendly email to every member of the transportation committee before Thursday and let them know why you personally want these cameras off your streets and traffic lights. They want to hear from you!

Spread the word far and wide that a bill to ban the scameras is once again making its way through Arizona Legislature. We’ve lost by just one vote the last two years, so any help we get could push us over the top this year!

The Photo Radar Prohibition Bill (HB 2579) will be voted on in the Arizona House of Reps Transportation Committee on Thursday February 21st.

Redflex Ousted From Chicago; Is Arizona Next?

In case you missed it:

Just in time for the Scamera Ban bill to be filed in Arizona Legislature, the ground is crumbling around Redflex Traffic Systems, who used to own the freeway photo radar system in this state.

Now Redflex is losing a huge chunk of business that was even bigger than Arizona /DPS. The corruption at Redflex is so bad that even Mayor Rahm Emanuel of Chicago, who brought Redflex in as a lobbyist, has now been forced to cancel their contract, effective July 2013.

HB 2579 would make photo radar and red light cameras illegal in Arizona. It should be heard in the AZ House Transportation Committee this week.
More from WarOnDriving.com –

13% of Redflex Traffic Systems’ yearly revenue will evaporate in the next 6 months.

You don’t have to take our word for it, just check their latest news release [here].

This one is going to hurt and Redflex knows it. Last Wednesday, the foreign held camera vendor requested that the Australian Stock Exchange halt trading their stock ahead of the news that hit on Friday about the massive corruption in Chicago and the ongoing internal investigation.

The AUS gave them their wish, but it only temporarily staved off the investor bloodletting which came during Monday’s resumed trading of Redflex common shares.

At close of market, the stock had lost nearly 25% of its value as news hit the wires in Australia about the coming demise of Redflex’s largest (by far) contract. By 2012 figures, this would mean the company will start losing money very quickly.

Redflex’s deal with Macquarie Bank in 2011 fell apart in late negotiations after a shareholder revolt, but don’t be surprised to see them seek a bidder or have a hostile takeover bid before the summer of 2013.

The news is especially problematic as legislatures in Arizona, Colorado, Florida and Ohio are considering bills to make photo ticketing illegal in their respective states… [Continue Reading]

They already own countless city council members, mayors and state legislators so it only makes sense that the scamera lobby would want to move on up and buy themselves a brand new Congressman as well.

Given Ben Quayle’s penchant for posting photos all over the web for Nik Richie’s Dirty Scottsdale under an assumed identity, photo fraud vendors Redflex and American Traffic Solutions (ATS) were a perfect fit for campaign financiers to the little internet prankster turned Congressman.

George, “The Hitman” Hittner, executive general counsel of the mafia-like corporate leech, ATS (owned by Goldman Sachs), has thrown his support behind Quayle. Redflex’s Jay Heiler has been Quayle’s spokesman since his 2010 Congressional campaign.

Arizona should really be proud to be represented by such a creepy guy, who once faked having a family, just to seem somewhat normal compared to his internet persona, “Brock Landers.” Brock (also the name of a character from the almost-porn flick Boogie Nights) spent day and night posting pictures of women at Scottsdale night clubs in various stages of intoxication and undress.

Quayle, Hittner and Heiler – what a team! 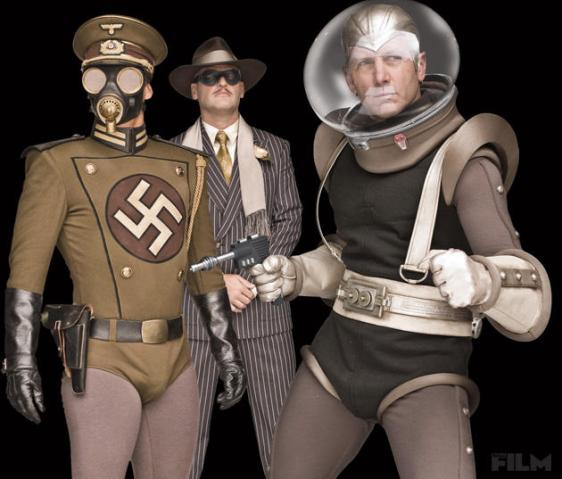