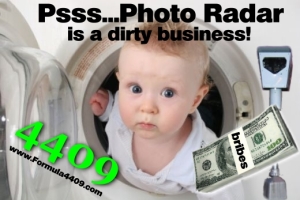 Up to now, the Connecticut General Assembly has never approved any of the bills offered in recent years that would enable cities and towns to install cameras at red lights and collect fines by mailing tickets to violators.

But this year’s bill — which would authorize red light camera in 13 municipalities with populations of 60,000 or more, and would fine motorists at least $124 per ticket — has made a steady advance, winning two legislative committees’ approval so far.

Moreover, Gov. Dannel P. Malloy would be inclined to sign the bill if the House and the Senate pass it, a gubernatorial spokeswoman said Friday.

The progress up to now has convinced the bill’s backers. including two Arizona companies that deal in electroni   traffic enforcement systems, that it is worth their while to spend tens of thousands of dollars on lobbyists to persuade lawmakers to push it through by the end of the legislative session June 8.

Lobbying reports filed with the Office of State “Ethics”? reveal a lineup of lobbying talent that has grown since the bill gained preliminary approval March 18 from the legislature’s transportation committee. One of the most recent enlistees is lawyer-lobbyist and power broker Thomas Ritter, the former Democratic speaker of the state House of Representatives.

Ritter is only part of an experienced group of Capitol operatives whose political affiliations cover both sides of the aisle in the Democrat-controlled House and Senate.

I guess Connecticut’s Orwellian idea of  “safety” doesn’t seem to apply to the children in towns with populations less than 60,000.

The legislatures rural prejudice once again shows its ugly head.

This is America…how dare they NOT provide the rural folk with same opportunity to be stolen from as the city folk.

This entry was posted on Monday, April 25th, 2011 at 4:45 am and is filed under ATS, News. You can follow any responses to this entry through the RSS 2.0 feed. You can leave a response, or trackback from your own site.