Do You NOT Miss Me Yet? 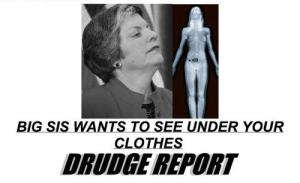 Let’s be honest, Arizona owes an apology to the rest of the country. We knew how ugly things get when Janet is in charge, but quietly letting her leave AZ for DC without a stern warning was a big mistake. Now it’s too late for that, but there’s still time to remind everyone just how poor of a track record this “public servant” has.

During what was an obvious bubble in the Arizona economy due to real estate prices skyrocketing, then Governor Napolitano decided it would be a great idea to spend every single dime possible and put Arizona on the hook for years to come with terrible budgeting. When it was time to pay the tab, she put spy cameras all over our freeways, in an attempt to “make $90 Million” in her own words, not ours. That program was a complete and utter failure, but Janet didn’t care because she had left the nightmare she created behind.

Unfortunately, now the entire country is reaping the whirlwind of this woman who makes decisions on a whim and covers up obvious failures with laughable lines like “the system worked” – when referring to last year’s attempted “underwear bombing.” The man with the bomb in his pants was only foiled by an alert passenger after easily passing through security. What exactly worked there Janet?

Maybe she was referring to things working out quite nicely for Michael Chertoff, then head of the Transportation Security Administration, now commonly called TSA, who used the underwear bomber as an excuse to order the very expensive so-called backscatter x-ray machines which show very graphic images of the genitalia and body composition of every person passing through them. Chertoff is now sitting pretty as the head of the company whose main client, Rapiscan, manufactures the machines and is making a fortune.

What has ensued since the main stream media grabbed  a hold of this story has been nothing less than a complete embarrassment, the likes of which a Federal Agency may have never seen before. Images mocking the TSA for being perverted are long in supply all over the internet and growing in numbers. The catalyst for the story moving so quickly in to center focus was the accompanying controversy over the new and highly invasive pat downs, in which a TSA agent is trained to grope innocent airline passengers, feeling once off limit body parts like breasts and genitalia.

Even Congressman Ron Paul, who visited Arizona this month, described a situation in which a TSA agent touched his privates while mocking him for being subject to the search in the first place. This is really a sick situation and frankly, Americans have had enough. The Drudge Report picked up the TSA body scanner/groping story first from a mainly online radio show hosted by Alex Jones of Austin, TX. Jones had been warning for months that the new procedures were coming to an airport near you.

Because of Drudge repeatedly pushing this story and creating so many hits on related search terms, it went “mega viral” and could not be ignored by the likes of CNN, Fox News and MSNBC along with every other legacy media conglomerate.

What has Napolitano, now frequently referred to as “Big Sis” had to say about all this? She continues to act as if there is nothing wrong with naked images and groping. That’s fine for a producer of pornographic films, but Big Sis is supposed to be a serious leader who is in charge of The United States Department of Homeland Security which presides over the TSA. She seems to think the 4th Amendment of the United States Constitution is forfeited with the purchase of an airline ticket. It’s tough to say it about someone in such a high post, but she comes across as completely clueless.

Maybe we Arizonans should have fought to keep her from going to D.C. but it was just too tempting to wave goodbye and hope for the best. Calls  for her resignation are once again surfacing, just as they had after her ridiculous comments about the system working on the underwear bomber.

The TSA has quickly fallen out of favor with millions of Americans and several airports may seek alternatives. Some airports in California are being patrolled by Police who are looking for TSA agents that commit what is being called sexual assault during the groping pat downs. They have been ordered to arrest these agents if their conduct is inappropriate. The notion that the TSA keeps us safe is a false premise if they need Police officers constantly watching them.

Just as we in Arizona had to do with the photo radar spy cameras littering our freeways, Americans are learning to stand up against ridiculous “safety measures” that are only designed to use fear to sell expensive equipment and make money for a private company on the backs of taxpayers and travelers.

The parallels are unmistakable and the next move is clear. Send Janet packing. 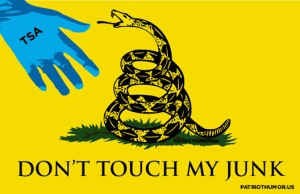 This entry was posted on Monday, November 29th, 2010 at 3:43 pm and is filed under News. You can follow any responses to this entry through the RSS 2.0 feed. You can leave a response, or trackback from your own site.

19 Responses to Do You NOT Miss Me Yet?