The “Errors” just keep on a comin! 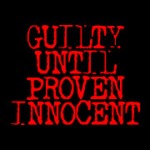 They may be accurate at times, though we have no way if checking here in Arizona, as the courts will not let an accused person subpoena the camera calibration records in their defense, and there is no oversight of the calibration process by independent audit. What this says to the public is… “We’re infallible… you know… just like the pope.” and sends the message that “you are guilty because we say you are… forget about the facts… shut-up, pay-up, and get out!”

What is amazing is not only do these systems make mistakes but they are also made “accurately dishonest”, to coin a phrase, by the entities responsible for operating them.  There are literally thousands of examples of automated ticketing errors, honest, and manipulated, costing innocent citizens money, time and stress for no other reason than to make a buck off them.

…and these people have the unmitigated gall to say, “don’t break the law, and you won’t get a ticket”.

Here are just a few examples, but there are many more.  So would you trust them?

1,740 red-light-camera tickets to go away

…I can do this all day long folks…  but you get the picture.

This entry was posted on Wednesday, March 31st, 2010 at 2:27 pm and is filed under News. You can follow any responses to this entry through the RSS 2.0 feed. You can leave a response, or trackback from your own site.

5 Responses to The “Errors” just keep on a comin!