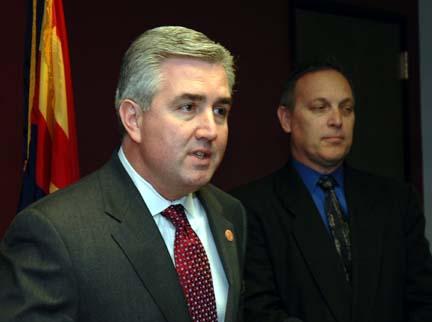 State Representative Sam Crump (R- Anthem) appears not be backing down from the fight against automated ticketing in Arizona. The author of a bill pending before the legislature to prohibit photo radar or so-called photo enforcement zones from state-maintained highways and routes, Crump has upped the ante, stating that there are numerous reasons he believes the system is illegal:

Crump said he believes the system is illegal for several reasons. And he said he would prefer if it went away immediately… Aside from the inability of those photographed to confront their accuser, Crump said the system violates a state law which requires that anyone other than a law enforcement officer who gathers evidence for use in court must be a licensed private investigator. He said Redflex employees have no such licenses.

While Crump’s bill is an excellent start, it will not have the same dramatic effect as the pending citizen’s ballot effort.  That effort, supported by CameraFRAUD, would ban all forms of automated ticketing within the state (including dangerous red light cameras). Over 153,000 valid signatures are required to be gathered and submitted to the State of Arizona by mid 2010 before the measure would reach a public vote. Unlike the whims of the state legislature, a citizen’s ballot measure–if passed– would be extremely difficult to overturn.

This entry was posted on Friday, May 8th, 2009 at 2:54 pm and is filed under News. You can follow any responses to this entry through the RSS 2.0 feed. You can leave a response, or trackback from your own site.

27 Responses to NOT BACKING DOWN: Crump Calls System Illegal